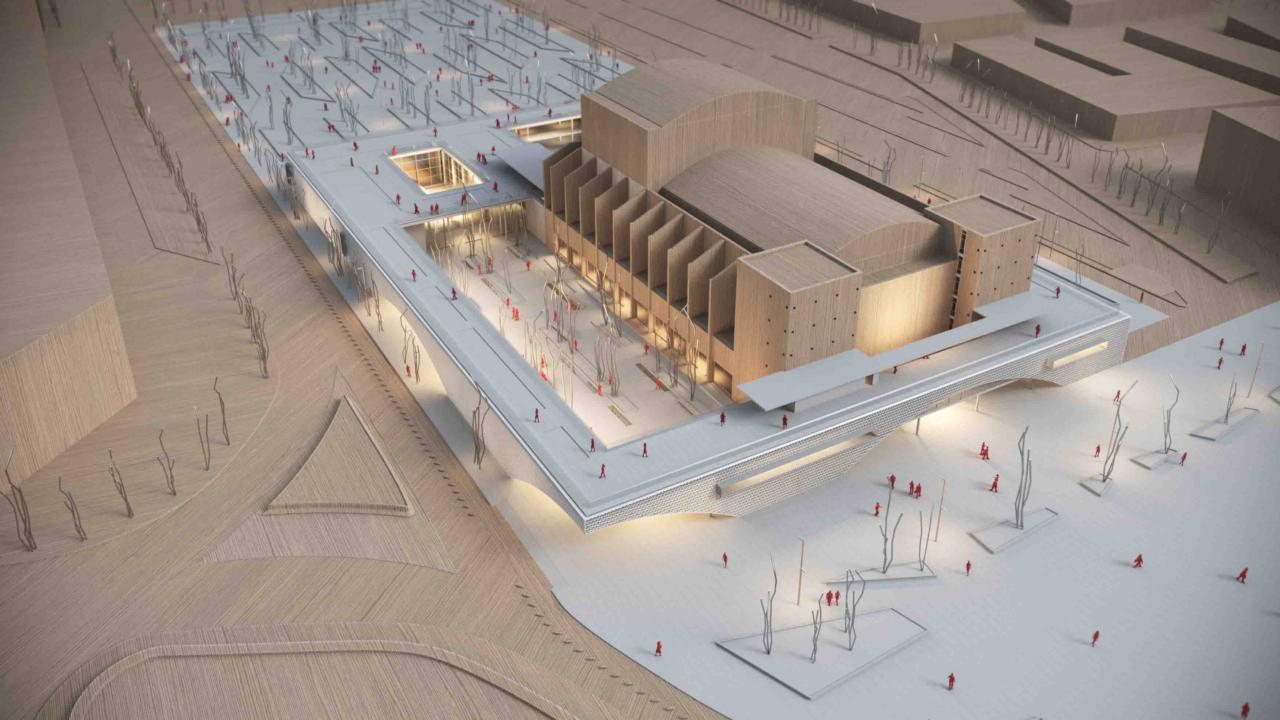 The design form with which we approached the beginning of the process of this extension of a relevant cultural building, such as the object of the competition, was to imagine how a piece could be created that, in the manner of a plinth (120 m long, 81 m wide and 7.35 m high), would envelop the building and generate a series of transition spaces between the exterior and the interior, forming a sequence of attractive areas spatially organised around an atrium system. By way of cultural references, we recall the exceptional case of the Mosque of Cordoba as the base of the basilica and its integration with the Patio de Los Naranjos and also the Alhambra in Granada with the succession of public spaces that make up its different courtyards.